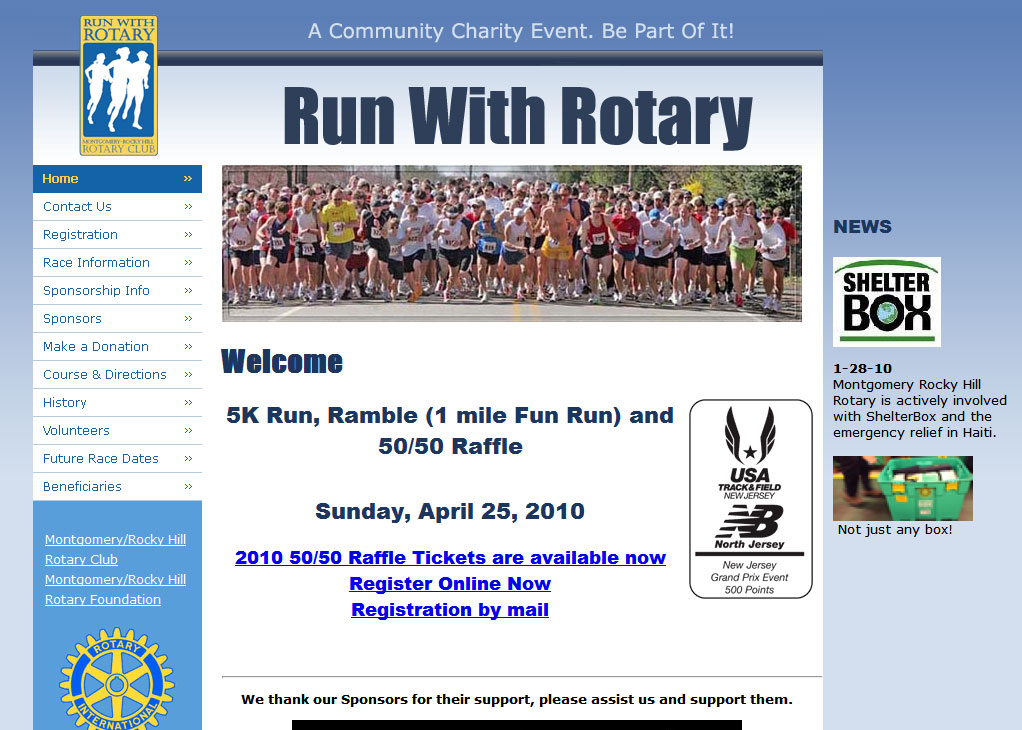 After our previous success in collaborating on the Montgomery-Rocky Hill Rotary Website, they were back with another project – the Run-With-Rotary website. Run-With-Rotary is an annual fund-raising event organised by the Rotary Club. They wanted a fresh design which would be easy to update, like the club website.

We worked with them to come up with a design they liked and then implemented it into DreamWeaver templates, which would allow club members without extensive knowledge of HTML and web development to make updates without any possibility of “breaking” the design. Another benefit of using DreamWeaver templates is that they could use the much simpler Adobe Contribute to make the changes, rather than DreamWeaver, which can be intimidating for the inexperienced user.

The event has many sponsors, some of which they wanted to feature on the website in the form of banners, which would appear at the bottom of the home page and would be randomly selected, however the overall number of views a banner gets had to be proportional to the amount donated. We wrote a clever PHP script which takes care of this and has been used ever since.

The site is still maintained by us and hosted on our servers.